When I first started thinking about a career in Social Media, I found myself spending hours a day for months on Facebook, LinkedIn and Twitter. I couldn’t get enough of it and loved all of the minute-by-minute interaction that was happening right before my eyes.

One of the stories that came out of that time is one I share on a regular basis with our clients and prospects:

Johnny’s is a bar and grill that started in Lawrence, KS and a place where I spent more than a few evenings when I was a student at KU. They have two locations in Lawrence and six in Kansas City. In fact, there is one that is five minutes from my house at 8262 Mission Road, Prairie Village, Kansas 66208.

I’ve lived in Prairie Village for nearly 5 years and realized a few months ago that I hadn’t been to Johnny’s in years. How did I realize that? I noticed one of my Facebook friends “became a fan” (now, as you know, it’s just called “LIKE”) of the Prairie Village Johnny’s Facebook Page .

And I did. Again. And again. And again. And not just by myself. I brought people with me. I started to tell my friends about 2-for-1 burgers on Thursdays. I coordinated a couple of Jayhawk watch parties with my friends. I gathered some people to see live music. In fact, thanks to a recent promotion they mentioned on their Facebook page, I check in on Foursquare every time I go to Johnny’s now and, (after ordering a couple of drinks), get a free appetizer for doing so! (I’m partial to the mini-burritos.)

Oh, and I post about it on Twitter and Facebook. And I talk to clients and prospects about it every week. And now I feel like I’ve gotten to know the Prairie Village Johnny’s that much better…their persona…their brand…the people that work there….and I like it. I like ALL of it.

So what happens next? People hear me talk about it (and I’m enthusiastic when I do!) and see me post it on Facebook and Twitter and then THEY start thinking “I need to get over to Johnny’s.” And they will. It might not be today. It might not be tomorrow. But they will.

What did Johnny’s do right? They provided me, the consumer, with consistent, relevant information that directly influenced my buying decisions. They shared their personality and their brand with me. They offered specials and incentives for me to come into their establishment…and then, most importantly, they took GREAT care of me (and my friends) when I got there.

The important thing to know is that this isn’t an isolated case between me and Johnny’s. These stories happen EVERY. SINGLE. DAY. This is the power YOU have. As a consumer. As a business. As someone that actively engages your friends, family and customers through social media.

The final thought I want to leave you with is this: When businesses that haven’t engaged in social media are wondering what the ROI (Return on Investment) might be, think about “The Johnny’s Story”. Has Johnny’s done an ROI report on Mic Johnson? NOPE! But have they gotten incredible value out of me? ABSOLUTELY.

Social media works. It worked on me.

Anyone want to go to Johnny’s?

How has social media influenced a buying decision for you, your family or business? We’d love to hear your story.

Jason gets his clients and understands how they think - and they love him!

I've had the privilege to work with Jason Terry of Blue Gurus on numerous projects, giving me the opportunity to watch him work masterfully with his clients. As an expert on blogging, LinkedIn training, business storytelling and website construction, he stands alone as the premiere resource.

Jason gets his clients and understands how they think - and they love him! He makes it easy to work with him, going over into the technical arena and bringing back information to his clients in a simple and direct way they can understand -- and somehow makes it fun while doing it. I recommend Jason (and often do!) to anyone who wants to increase or improve their online presence through market-proven content and strategy. 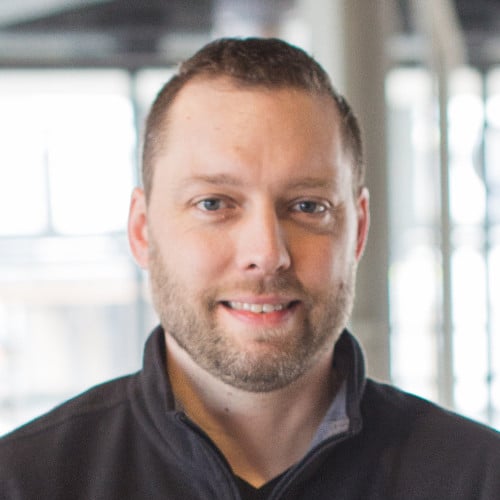