Google Buzz was released on February 9th (more from the official Google Bog).  It is a social media site where you can share thoughts, pictures, videos and more.  I hear a lot of people saying one of two things…

ONE – Do we need another social media platform?
TWO – This is Google, it’s gonna be great!

If you already have a Gmail account, you already have Google Buzz.  (If not, get a free Gmail account here)  The important point to make is that at launch there were immediately 39 million users with Google Buzz ready to go.  Instant social network, just add water.  That number is roughly 25% more than the number of users with profiles on Twitter.  Interesting opportunities for Google.

I set up my Buzz profile in about 5 minutes.  I already have my social media picture ready to go and had already set up my Google Personal Profile.  If you have never done any of this, expect to spend 20 minutes setting up your Buzz profile.  I was able to connect Buzz to my Blue Gurus web site, my LinkedIn profile, my Twitter account and my YouTube Channel, so there is already good connection support for the popular social media web sites.  You can see my Google Buzz profile here.

My initial take on Google Buzz is that they have a good chance of delivering a strong social media platform and it is worth checking it out.  Recent reports say that there are 160,000 buzz comments posted every hour and the number of users is growing at a fantastic rate.  I am sure that Ping.fm will add update support to their broadcast service so that I can post to my Google Buzz profile just as easily as I can to LinkedIn, Twitter and Facebook.  Happy Buzzing!

I contacted Blue Gurus for assistance in developing my company's website and to discuss social media strategies.

He finished in just a few hours what I was struggling to do for weeks - and he made it fun for my whole team to participate in the design and creation process! I can't say enough positive things about working with Jason. Five Stars+! 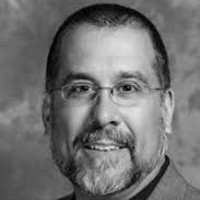