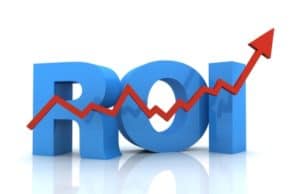 For those of you that didn’t know, pretty much since the dawn of social media, there’s been an ongoing debate about the return on investment (ROI) of social media for sales and marketing. But before I get into that…

Traditional marketers grew up in a world where most things could be measured. You could set up multiple phone numbers for your infomercial so that you knew which markets had the best return and what the best times to air the commercial were.

You could send out a postcard mailer with a coupon code on it that you could change based on where you were sending it to track what neighborhoods had the best response.  You could pick up the phone and cold call a purchased list, hoping for a 3% return.

All of these activities could be measured, and to some degree counted on. For example, if you send 2,500 mailers, you might consistently get around a 2% response. If you cold call 500 people, you might find 1% that would become a customer.

With that data in hand, sales managers and their companies would drive numbers based on volume. It was an exciting time where call centers of hundreds of people would annoy thousands of people at dinnertime with unwanted sales pitches.

Where We Are Today

Social media has given rise to a completely new way to engage customers. People don’t want the hard sell. They never have. They never will.

Today, when someone wants to buy, most search for it on Google and then often make a buying decision based on reviews from COMPLETE STRANGERS! Many buying decisions are made because a friend mentioned a product or service that they love… on Facebook…on Twitter…on Pinterest…on YouTube….and so on.

Don’t get me wrong, some really creative marketing people sold a few million more deodorant sticks after the viral Old Spice commercials (50 million views?!?!?), but it was social media that enabled those videos to go viral.

Why You Shouldn’t Stress the Metrics

The problem I have with trying to measure the effectiveness of social media marketing is that the numbers rarely tell the whole story. And in my personal experience, the numbers don’t even tell half the story. 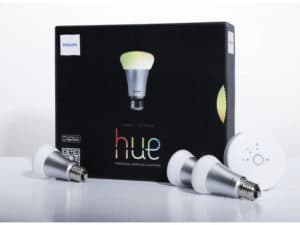 Let me give you an example. I recently bought a Philips Hue light set. These are WiFi connected light bulbs that let you change their color and brightness from your smartphone. (Yes, I’m a bit of a geek.) The interesting part of the story is that I never received any marketing messages of any kind about the Philips Hue lights.

Here is how I ended up buying them:

I didn’t get a coupon, see an ad on TV or receive something in the mail. I didn’t go to my local lighting store to see what options I had. I ended up using Kickstarter, Google, YouTube and Amazon to convince me that I absolutely needed to spend $200 on internet connected lights for my man cave. (And they are awesome.)

And to top it all off, with this blog post, I’ve just become an unpaid salesperson for Philips. I might see that 100 of you click on the link to the Philips Hue website, but I have no idea how many of you will end up buying a Philips Hue lighting system, if any. And who knows if 6 months from now you remember me talking about this and look into a bit more.

The breakdown when measuring happens when a buying decision isn’t made in the moment of the click.

It can provide some value to measure the number of clicks, likes, favorites, etc. just to know what type of content you put out resonates with people. But those numbers aren’t the sole defining metric to your success. Mic provided another great example of the difficulty in measuring ROI in a blog post he wrote awhile back called The #1 Secret To Get Real ROI From Blogging.

If you post a status update on LinkedIn, people might see it, but not click. But for that brief moment you had their attention. Your face. Your relationship. And whatever you posted as your status update. Doing that regularly over time helps keep you top of mind with your network/followers/friends/clients/prospects, whether you’re using LinkedIn, Facebook, YouTube, Twitter, or Pinterest to engage.

So my advice is to not get too caught up in the numbers. Instead, focus on telling your stories consistently, educating people, and growing your audience through trust.

As always, thanks for taking the time to read and share this blog post with others. Join the conversation and let us know what you think.

I've been lucky enough to get to work with Jason for the last six years, and I don't think it's possible to say too many good things about him or my experience!

The guys at Blue Gurus are not only some of the best at what they do, but they're a joy to work with in an on-going fashion! If you're in charge of the online presence at your business and you need a face lift to your website OR a more user friendly back end to the site, you shouldn't hesitate to reach out to Blue Gurus!

President at Get Smarter Prep