What Happens In Vegas…Ends Up In A Blog Post 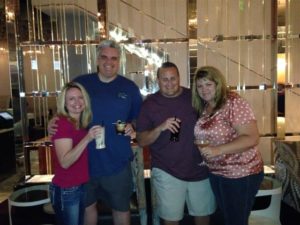 In early October, Jason and I took our wives, Trista and Missy, to Las Vegas for four nights for the 1st Annual Blue Gurus Retreat!

We wanted to get away for a few days to relax, have some fun, see some shows, play some craps and celebrate what has been a rewarding and productive year for the company.

We were fortunate enough to stay at The Cosmopolitan, a gorgeous property in the CityCenter area right in the middle of the Las Vegas Strip.

A BIG THANK YOU goes out to our friend Paul Buchheit for hooking us up with wonderful rooms that had incredible views of the Bellagio Fountains and the Strip! We enjoyed a couple of cocktails with him when we got into town and it was a great way to start the trip. 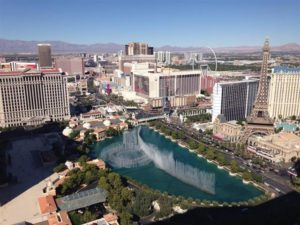 Here are a few of the highlights from the trip as well as a few correlating business tips to think about:

1. On the night we arrived, the four of us went to see Cirque du Soleil’s Michael Jackson ONE at Mandalay Bay. It was a great show with lots of sights, sounds and music.
Business Tip: Don’t wait to start having fun. Jump right in.

2. On the second night, Jason and Trista saw Terry Fator at The Mirage and Missy and I took in O at The Bellagio. Jason and I both had high hopes for the shows and both walked away a bit underwhelmed.
Business Tip: Be optimistic, but know that sometimes people and companies just can’t live up to your expectations. 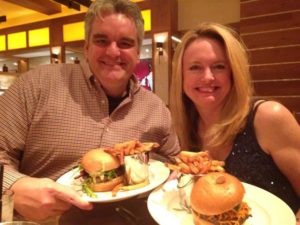 3. Along the way, one of our favorite stops was Holsteins, located inside The Cosmopolitan. We grabbed a quick bite there on the first night and loaded up with delicious hamburgers and appetizers. 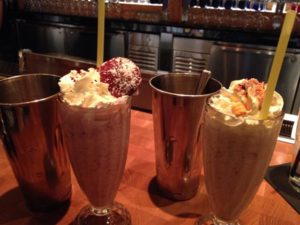 Only Trista was smart enough to control her portions so she had room for one of their AMAZING shakes. Suffice it to say, we all had a shake or two before the trip was over.
Business Tip: Try new things and splurge once in awhile. You deserve it!

4. This might surprise you, but I went into the trip with the mindset of not gambling the first couple of days while I was in Vegas.  I’ve had one too many experiences where I’ve lost bad on Day 1 and then felt bummed the rest of the trip having lost so early.

I’m happy to report that my strategy worked! On the 3rd day of our trip, Missy and I played $5 craps in the morning at Casino Royale and got on a good table. We ended up playing for 4 hours straight! Jason and Trista met up with us later and played for a little while too. This was the first time that Trista ever played craps and we were all there as she won her first bet!

Later that night, the four of us went to Freemont Street in Downtown Las Vegas (Missy and I have been to Vegas countless times and this was our first-ever trip Downtown). We set up shop at a craps table at The Golden Nugget and, once again, got on a hot table, and played for 4 hours straight!

Trista rolled really well a couple of times. Jason and I also had some nice rolls. Missy wasn’t as fortunate, but we were all winning so we didn’t care. I can’t even tell you how many hardway bets we hit during that run, but it was a lot of them! I kept betting on the one-time Twelve Craps bet (betting that someone would roll two 6’s), but never hit it…until I was rolling….and I bet on myself and hit it with a $5 chip on the table. It paid 30 to 1!
Business Tip: Be patient. Good things come to those who wait. Trust your instincts. Bet on yourself. 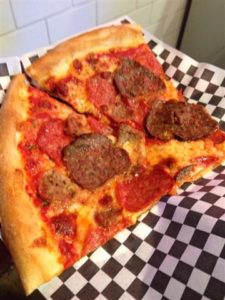 5. We ended that wonderful night waiting for the clock to hit midnight as it would officially be my birthday. So, while we waited, we stopped by Secret Pizza. We could tell you about it, but it’s a secret. It was the perfect, greasy ending to what had been a fantastic day!
Business Tip: Pizza is good. Eat pizza.

6. On the final night of the trip, we ended up celebrating my birthday with what has become a bit of a Blue Gurus tradition…SUSHI! Jason and I absolutely love sushi and we had a great meal at Sushi Roku.
Business Tip: Learn what you love. And then do it as much as you can.
Bonus Business Tip: Celebrate your birthday in Las Vegas at least once in your life.

All in all, it was a fantastic getaway and one that we will all remember for the rest of our lives. It felt good to take some time away and celebrate the success of the business with the ones you love.

It also helped recharge the batteries and get us focused on ending the year on a high. And it provides us with great incentive heading into 2014….

We want to do everything we can to make sure the 2nd Annual Blue Gurus Retreat is even better! 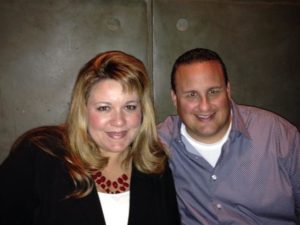 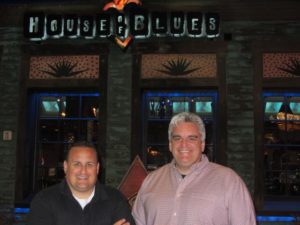 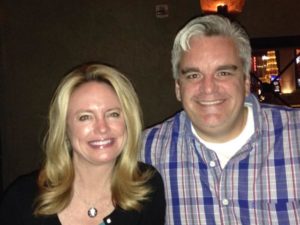