Were you at TEDxKC? We LOVED It! [PICS]

The fifth annual TEDxKC event was Tuesday, August 20th.  The event sold out in a couple of hours again this year, but thanks to our very own Melissa Zarda, we were lucky enough to get six tickets for the live event!

Mic invited Pam Berneking from Alterra Bank, and I took Trent Peters from Umbrella.  I wish we could’ve taken all of our clients, because it was an evening filled with excellent speakers and musicians.

If you missed the TEDxKC event, you can watch the entire 3+ hour program here.  (It’s crazy that 37 other people were watching the video as I was writing this blog post.)  My favorite musician did an amazing “letter to his niece Adeline” a little after the 1 hour and 18 minute mark. I highly recommend you watch at least that part!  The entire recorded event will also be aired multiple times on KCPT in the coming months. 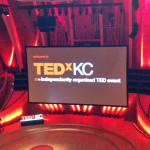 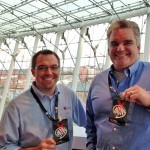 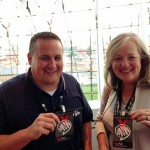 The concept for the talks this year was defying the impossible.  We heard plenty of stories from people doing exactly that.  Everything we heard and saw was inspiring!  Were you at the event???  Let us know in the comments below what you thought about TEDxKC!

Now on to some of my favorite speakers…

Anne painted a picture of growing up in a broken home.  She is a runner and found herself running by a local homeless shelter.  She got in the habit of waving to the guys out front when she ran by them on Mondays, Wednesdays and Fridays.  She got the wild idea of forming a running club with those men in spite of her friends and peers telling her that it would never work.  It worked.  The majority of her focus over the past four years has been on Back on My Feet, a non-profit organization she started in Philadelphia in 2007 that uses the power of running to change the way those experiencing homelessness see themselves so they can make real change in their lives.

Phil Hansen is a multimedia artist. He started out doing “dot” artwork… art made up of thousands of dots.  He developed a physical condition that caused his hands to shake.  He thought his career was ruined.  After a lot of soul searching, he realized he would make his limitation become his strength.  He started scribble art and has become incredibly successful.  I loved the idea that you can take a weakness and make it into a strength with a little creativity and persistence.

Kimberly Bryant founded Black Girls Code to introduce programming and technology to women of color between the ages of 7 and 17.  Kimberly did a great job of explaining that there are so many programming jobs available in the United States, but we can only fill 31% of them with U.S. employees.  3% of those jobs are filled by women and it is time to fix that problem.  We also heard that Kimberly recently accepted an award at the White House for her efforts.  It was awesome to see a bunch of young girls excited about programming, working on computers and with robotic lego kits.

I think TEDxKC is a fantastic event.  It is a fun evening and inspiring.  If there is any way you can go in 2014, you should make it a priority! 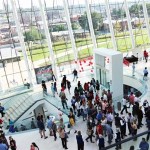 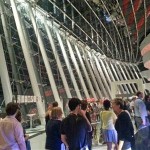