Sometimes It Hurts To Care So Much

A few years ago Jason said the following to me:

“That’s what I love about you. You care SO MUCH!”

At the time, I took it as a compliment and it really clarified something about myself that I never really truly understood until he said those words to me. But I’ll get to that a bit later.

For now, I want you to know something about me right now at this moment:

I’m hurting. Depressed. Numb. And kinda feeling like I just lost someone I loved.

Anyone that knows me knows that I’m a die hard fan of the Kansas Jayhawks basketball team. It was love at first site years ago when I saw my first game in Allen Fieldhouse. For the better part of the last six months (and as I have done every single year since 1990), I’ve been reading every story about the team, been tweeting during the games with other Jayhawk fans, have had countless conversations about the team, and on and on.

And so it was as I laid in bed on Saturday morning, March 22nd, and got a text from a friend of mine asking if I had any interest in mid-court, 11th row tickets to the KU-Stanford and Wichita State-Kentucky NCAA Tournament games in St. Louis. Any interest? Are you kidding me? Of course I did! 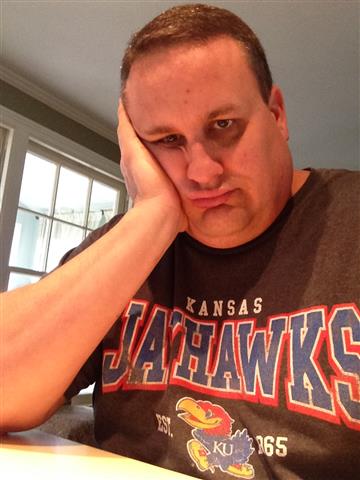 I’ll spare you all the details, but I bought a one-way plane ticket to St. Louis and left Saturday morning, went to the arena, watched both KU and Wichita State lose (I grew up in Wichita as a Shocker fan), and then had the longest 4 hour drive home of my life with my buddy and his son.

I wrote this blog post the following Monday after a whirlwind, emotionally exhausting day and night on Sunday. So that’s why, as I mentioned before, I’m hurting. Depressed. Numb. And feeling like I just lost a loved one.

Because I care so freaking much. I can’t help it. It’s built into my DNA.

Which brings me back to the comment Jason made to me a few years ago. You see, I’m a passionate person. I get invested emotionally in not only the Kansas Jayhawk basketball team, but in people, in my clients, in LinkedIn, in blogging, in building web sites, in sushi, in Oklahoma Joe’s BBQ, in helping others, and so much more.

I’ve had some friends going through some really challenging times recently with their families. And it hurts me that I can’t do more to help them through it.

When I train someone on how best to maximize their profile and their experience with LinkedIn…and then they don’t do it, it hurts me…because I care about them and their professional brand sometimes more than even they do!

When I see a company with a horrible web site, it hurts me, because I know it could be so much better and I can’t comprehend how they don’t seem to care about it.

When I see a company who is doing so many cool things and have so many great people working with them, but they don’t have a blog and aren’t sharing their stories, it hurts me, because they’re doing a disservice to themselves and to their clients and prospects.

And you know what? I’m not going to change. Ever.

Because caring deeply about things and people beyond just yourself is a great way to go through life…even when you have other people trying to tell you to do otherwise. There will always be people that think it’s stupid to care so much about a basketball team, or a person, or a client, or sushi, or whatever it is that you’re passionate about.

Ignore them. All of them. Because caring so deeply about ANYTHING is awesome.

Even if it hurts sometimes.

They have kept us on point through the years, updating our systems and processes, so we are able to focus on Downtown KC!

Blue Gurus has provided incredible insight, knowledge and service to the Downtown Council and Art in the Loop as we developed our website and social media platforms. 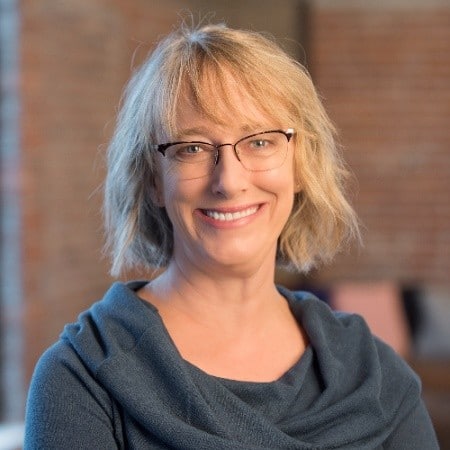 Art in the Loop Program Director