Mic’s Take On The Google Fiber Announcement: This Is Kansas City’s Super Bowl, NBA Championship and World Series All In One!

Ok, I just got done listening to the Google Fiber announcement and, all I can say, is WOW…WOW…WOW!! This won’t be written as smoothly as some of my other blog posts because I haven’t had the time to let it all sink in and I wanted to share the news and some of my thoughts as quickly as possible.
First things first. Watch this really cool video they rolled out today called “Let’s Do This For Kansas City!” and then keep reading below!
1. This is Kansas City’s Super Bowl, NBA Championship and World Series all rolled into one! It’s been a long time since we’ve had any of those events in Kansas City, so excuse us if we are waaaaaaaaaaaaaaaaayyyyyyyyy excited about this! Google Fiber Envy is coming soon to a city near you. 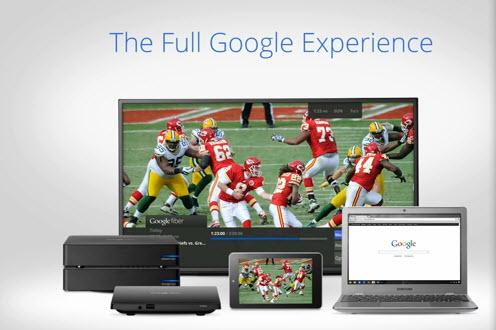 2. No matter how you spin it, this is pretty freakin’ cool…no, REALLY FREAKIN’ COOL… for Kansas City.
Google Fiber is faster. It’s better. And Kansas City gets it first!
3. Our fellow Blue Guru-ette Melissa Zarda sent us this note before the announcement. I just loved her energy and enthusiasm and had to share it: “From one nerd to two more nerds, just had to let you guys know that GOOGLE FIBER HQ IS LAUNCHING AT THE END OF MY FLIPPIN’ STREET! Last night they were putting the finishing touches on the signs today to unveil it. Today there is media, shuttles, security, police, caterers, etc. – it’s a circus! This is literally at the end of my street. Watch the news today!”
4. Ironically and unfortunately for Google, Twitter was down during the announcement.
5. According to Patrick Pichette, Senior Vice President and Chief Financial Officer, computing power doubles every 18 months. Your iPhone today is faster than your computer was 5 years ago. Patrick also went on to say that he and Google “Couldn’t be happier anywhere else in the world. Kansas City has been the perfect choice. Thank you Kansas City. Woo hoo!”
6. Google Fiber starts with upload speeds of 1 gigabit, which equals 1,000 megabits. it will offer internet speeds 100 times faster than what most Americans have today.
7. Currently several other countries have internet access that is faster and they are paying less than what we pay in America.
8. Overall, our internet speeds haven’t changed that much in the last 15 years.
9. Overview of the service (“It’s not just Internet. It’s not just TV. It’s Google Fiber.”)
-No monthly volume caps on internet usage.
-No overage charges.
-A terabyte of Google Drive storage included with the service.
-Google Fiber TV with a gigabit fiber connection: Internet TV plus “real tv with your favorite channels” in the highest quality HD possible.
-A Bluetooth remote comes standard with the service and has a SEARCH button that will search live programs, dvr, on demand channels, and Netflix (if you are subscribed)
-You will be able to record 500 hours of HD programs.
-Nexus 7 Tablet: This will be your new remote control which you will access through the Google Fiber TV App. The app works on smartphones for Android and iOS (iPhone, iPad, etc). The app also has voice control so you can tell the tablet what tv show you are searching for and it will search by voice command.
-Google Fiber TV will allow videos and other content from local KC area points of interest (i.e. Videos from KU Medical Center)
-Google Fiber TV supports multiple tvs, so people can watch and record different shows, on different tvs, all at the same time.
-Google Fiber TV will have 10’s of 1,000s of shows available OnDemand.
-Every TV Box basically turns every tv in your house into a wireless access point.
10. They said repeatedly that this is just the beginning of the service and they will (much like they do with Google Chrome, Google Apps, etc) “keep getting better”. They said that phrase several times to make sure people knew this was just the beginning. They will be constantly working on new features and adding new content. “We don’t believe a gigabit is the end!”
11. What equipment will you need/have in your house?
-NETWORK BOX: Gigabit routing, high performance wifi, and more.
-STORAGE BOX: You can record up to 8 shows at once. It will have 2 terabytes of storage. You can record up to 500 hours in HD. You can also load up your personal photos and movies and store them on the box.
-TV BOX: Sleek and small. Not much bigger than your palm.
-NEXUS 7 TABLET: This is your remote control. It comes outfitted with Google Fiber TV app. It will be included as part of the service package at NO EXTRA CHARGE.
12. Who gets it first?
They are starting with Kansas City, KS and central Kansas City, MO, but said they are going to deploy the Google Fiber network wherever there is enough interest. They are calling these areas “Fiberhoods”.
They will start building it out in the areas that show the most interest. To accomplish that, they are doing a 6 week rally where Kansas Citians tell Google when and where to start installing first. Whoever generates the most interest gets it first. If you are in the Kansas City, KS and central Kansas City, MO area go to www.google.com/fiber to register. There is a $10 pre-registration fee. Then rally your neighbors!!
Also, they are including FREE gigabit internet connectivity to schools, libraries, police stations, fire stations, etc.
13. They have a building where you can see how it all works! It’s called Google Fiber Space and is located 1814 Westport Road, KC, MO. They are taking reservations now on their web site. Click here for Google Fiber Space’s Calendar of Events.
14. Costs
-There is a $300 “construction fee” to get all devices installed, set up properly, and get a fiber connection pulled into your home. They said that having a house hooked up with fiber could increase your home value by $2k-$5k.
3 Packages (You can get full details on their web site: http://fiber.google.com/plans/residential/
1. GIGABIT + TV
$120.00/mo.WOWOWOWOWOWOWOWOWOW!!! Initially, they are waiving the $300 construction fee for customers that start now and sign 2 yr contract.
2. GIGABIT INTERNET
$70.00/mo. They will waive the construction fee with a 1 yr contract.
3. FREE INTERNET
They will install a Google Fiber connection in your home and give you free internet. You only have to pay the initial construction fee of $300 upfront or $25/mo. for a year.
*They focused on service packages for residential customers, but said they are going to have some great packages for businesses coming soon. 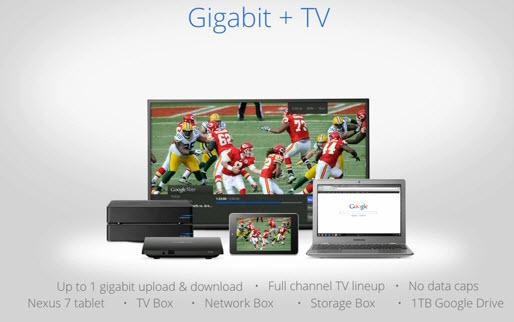 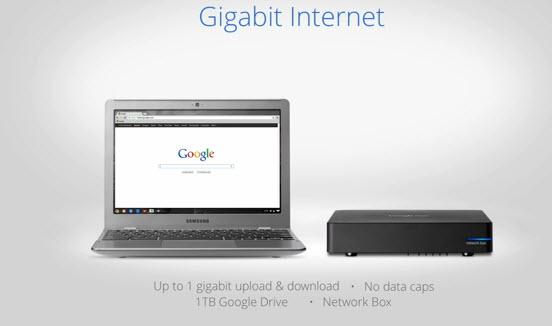