What I Learned Recently About Death and Social

Friends, this is Jason.  I wanted to make sure you knew it was me writing because of the news I’m about to share. 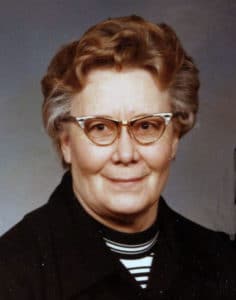 My grandma died on Monday morning, 4/14/14 at 4:21am. Her name was Wilma Terry and she and I were very close… especially as I was growing up.

I remember playing “Giant” where we hid around her house while she slowly walked around thumping her cane on the floor and looking for us. It was terrifying and exciting at the same time. Other fond memories include eating her peanut butter rice krispie treats, getting my mouth washed out with soap for cussing (I was really young) and singing Christmas carols together.

She was 94 years old and lived a long life surrounded by friends and family. I was blessed to have had the opportunity to say goodbye a few days prior to her passing when her health began to seriously fail. Knowing that she was fading quickly gave me time to get to Wichita and stand by her bedside at the hospital. She couldn’t speak, but she recognized me and I knew she could understand what I was saying.

I told her how much I loved her and I was able to keep it together pretty well until she tried hard to communicate with me through her pain. Many of you know that I have no problem crying. And yes, the big, fat tears were streaming down my face as I was saying goodbye. She wanted me to know that she loved me and would miss me. I also know she was ready to leave her failing body behind.

An interesting thing that I noticed during my time at the hospital was discussion around social media. We didn’t want anyone posting my grandmother’s condition on Facebook before we had a chance to call family and friends to explain what was happening. It was interesting to see the differences of opinion between generations.

The majority of older members in our family were adamant about not posting anything on social until the personal calls had been made. It was a matter of respect. They wanted to be able to answer questions. They wanted to create a situation where people could verbally express their condolences.

Some of our younger family members didn’t understand the problem. Social media is a way of sharing experiences collectively…the good and the bad. Many people use it as a coping mechanism. And it is time shifted… no worries about having to leave voice mail messages when people don’t answer the phone right away.  Social allows people to reply when they have time as part of a larger discussion that can span hours or days.

There was even discussion around acceptable content for social, specifically related to pictures. Some of our out-of-town family requested pictures of grandma in her hospital room. You would think it’s common sense that those kinds of pictures should not be shared on social media, but we made sure to set expectations before sending them… just in case.

This was the first time I had to deal with Death and Social in my immediate family. If not handled carefully, there could have been a lot of unnecessary anger and frustration over how the news was shared. Thankfully, we talked about how to handle everything and avoided those potential problems. The last thing we needed was even more stress during such an emotional time.

What About Your Social Accounts After You Die?

My grandma was 94, and didn’t have any social media accounts. This wasn’t something we had to take care of for her. However, anyone reading this blog post has social media accounts, and you probably haven’t thought about what happens to your accounts after you die. Now that you are thinking about it, you might wonder if there is a way to push out a last message to your accounts when it happens.

There are websites that can do this for you. If you do some Google searches, you will see that DeadSocial and IfIDie are just a few of the services to consider. I can’t recommend any of them because I haven’t used any of them personally, but it is a good thing that we have options.

There is nothing more important to me in life than the relationships I have. My wife. My family. My friends. I’m really going to miss my grandma, but I believe that she is in a better place. I also believe that I will see her again some day. But for those of us left behind, it’s time to say goodbye and we love you.

Blue Gurus is top notch in their field!

We have known and worked with Jason for more than 15 years. He has helped us design our website several times as technology has changed, keeping it fresh, current and easy to modify. His knowledge of the industry is incredible and he has a great way of sharing that information and educating others in a way that's understandable.