The DJI Mavic 2 Professional Drone: Aerial Video is more accessible than ever before.

Have you ever been to an event where someone was flying a drone around? The first indication is usually a buzzing sound, like a swarm of bees.

It seems like this is happening more frequently, and a big reason for that is drone technology has come a long way. And it doesn’t hurt that the price is going down while the features get better.

I’ve been a drone enthusiast for a few years now. 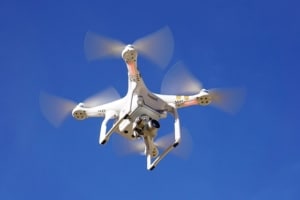 I’ve always loved flying little model planes, helicopters and drones. You know, those cheap ones that might last a few flights on Christmas morning… They sure were a lot of fun while they worked.

In 2016, I decided to take a big step and buy a DJI Phantom 3 Professional drone.

The Phantom 3 was my first REAL drone that used GPS positioning to stay in place. It also had a video camera on a gimbal that could record video in 4K resolution and take 12MP still photos. I had so much fun with this drone! I took it to the lake and shot video of jet skis while worrying about the birds swarming it. And I took flyover videos of some local businesses (and donated the video because flying a drone for profit is a lot more complicated to be in compliance with the FAA.)

But the biggest problem with the Phantom 3 Pro was how big it was. And how big a case it took to store the drone, the batteries, the remote and everything else I needed to fly it. It was about the size of a carry-on suitcase. And because of that, I didn’t take it with me to fly as much as I would have liked. 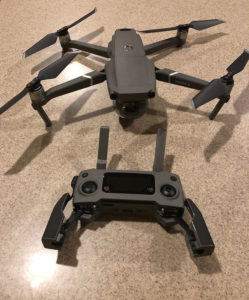 As with all technology related gizmos, a lot can change in 2 years. DJI, arguably the most popular manufacturer of drones, recently released the Mavic 2 Professional drone. It’s a drastic departure from the Phantom 3… and they got here through many iterations of drone improvements including the original Mavic, Spark and Air.

The first thing I noticed (and loved) about the Mavic 2 Pro is how small it is. I can put the drone, remote control, 3 batteries, a mutli-battery charger and all the cables in the same footprint as the Phantom 3 drone by itself. In other words, everything packed up looks like a large camera bag instead of a carry-on suitcase. And there are a TON of new features, but I won’t bore you by listing them here. You can see the features of the Mavic 2 Pro on their website.

A sample video using the Point of Interest feature.

Here’s an example of a Point of Interest video I took with the Mavic 2 Pro this past weekend. The Point of Interest feature lets you fly the drone up and then highlight a building or structure as a point of interest. With the click of a button, the drone will fly a 360 degree pattern around the point of interest you specified while shooting video.

(Trista and I went with two other couples to the Cedar Crest Lodge in Pleasanton, Kansas for the Labor Day weekend. If you’re looking for a great bed and breakfast about an hour away from Kansas City, you should check them out. It was a great place to relax and recharge.)

There are still plenty of “don’t be stupid” rules to follow. 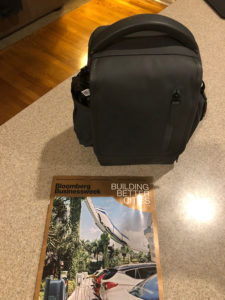 There are still plenty of rules to follow, and they depend on whether you’re flying as a hobby or commercially. At a minimum, you’ve got to register your drone with the FAA. And you have to follow some specific rules including line-of-sight, no higher than 400 feet, and not being near an airport to name a few.

But once you understand the basics, it’s a lot of fun to fly a drone and be able to take photos and videos from 400 feet up. I was flying at Shawnee Mission Park recently and the footage was spectacular. It gave me a new perspective and sense of appreciation for Shawnee Mission Park. And it took me 5 minutes from parking my car to being in the air. The DJI Mavic 2 Professional drone is easy to operate and has a ton of powerful features.

If you’re a drone enthusiast, or if you have any questions about drones, let me know! As always, thanks for reading.

I've known Jason for more than 10 years and worked with him on several projects.

Jason is top notch! He is always in 100% on helping his clients meet their goals and objectives. You will find none better.