“Blue Gurus is the company to call if you want a sharp website on time, on budget. Blue Gurus brought more than just a website. They helped integrate LinkedIn, culture, values and valuable suggestions to give the site personality. I will use the Blue Gurus again in the future. Thank you Blue Gurus!”
– Mike Pasley, Owner/President at Central Packaging

Mike Pasley, owner of Central Packaging, called Jason and let him know that he wanted to update the look and feel of his web site. He said he had been referred to Jason from “multiple people in the Helzberg Entrepreneurial Program”.  Jason met with Mike and talked to him for an hour about the process, including web site, LinkedIn, Facebook, Twitter, and more.

The thing that blew my mind is that this was the first time that a business owner had listened to our entire strategy and was then able to explain it back to me in detail at the end of our time together.

Before we started the project, Mike had also indicated that he was looking for a better email solution, so I connected him to Tony Sheets at UMZUZU to set them up on Google Apps (Gmail, Google Calendar, etc.) The other advantage to moving to Google Apps is that the email accounts at Central Packaging were no longer tied to their web hosting service. In short, this makes the move to a new web host easier because email is no longer tied to the web site.

After Mike and I agreed to move forward on the project, Mic coordinated the calendars and we were able to complete the entire project in one month (4 half-day sessions on site).  Our typical development and launch cycle is 4-6 weeks and the industry standard is months.

The other thing that we celebrated with this WordPress project is that it was the first project that the newest Blue Guru, Melissa Zarda, worked on. She provided tremendous WordPress expertise and also brought some graphical expertise to the site to make it that much better.

This was a great project for Blue Gurus! We loved working with Mike and his team and are thrilled to have them in our portfolio! 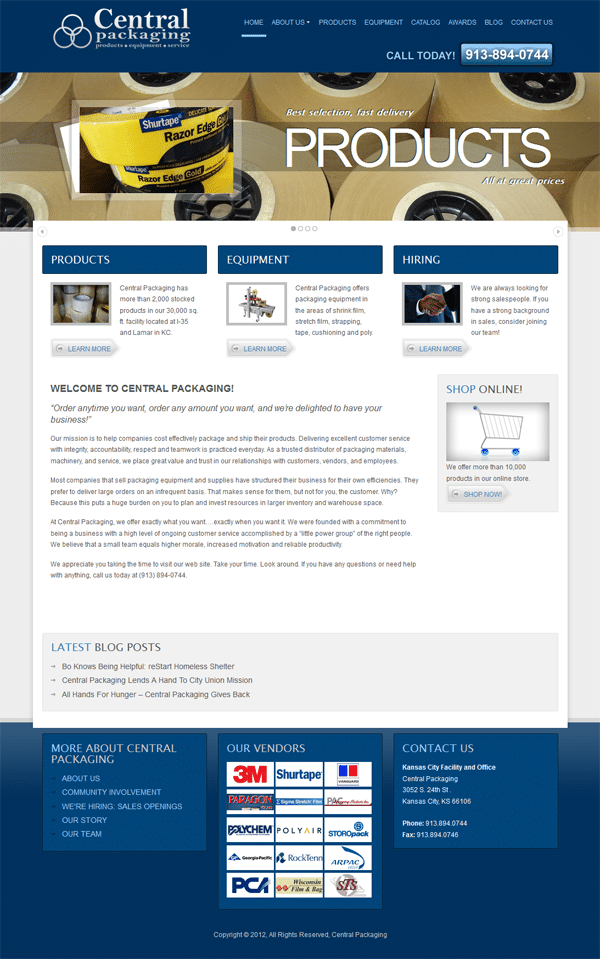