How My LinkedIn Profile Views Went Up 620% in One Week

Author: Mic Johnson, talking about how my LinkedIn profile views went up 620% in one week.

My fellow Blue Guru Jason Terry recently wrote a post that talked about what to do when you have trouble thinking of a blog topic to write about.

And wouldn’t you know it, the Universe apparently decided to play some sort of cosmic joke on me. Why? Because I have been struggling all week to come up with a topic that inspired me enough to write about. I probably sifted through 100 ideas in my mind, but nothing was stirring my creative juices.

So I started thinking about all the things I’ve been doing over the last several days. One of the things that came to mind was some recent status updates I shared on LinkedIn that received some really good traction.

These were thoughts that, for various reasons, were top of mind with me. Instead of leaving them in my mind, I decided to share them on LinkedIn. They were short and simple and each one started with the phrase…”Dear Everyone”.

If I’ve said it once, I’ve said it 1,000 times…To differentiate yourself from most people on LinkedIn, here's what you need to do: USE IT. Click To Tweet

As a result of this activity, my profile views are up 620% IN THE LAST WEEK.

Now don’t think that my phone started ringing off the hook with people wanting to buy from me and Blue Gurus. That’s not how it works, folks.

But there have been people commenting and “LIKE’ing” the updates and, whaddya know, some actual, real human ENGAGEMENT has happened as well. I’ve also gained a few more followers on LinkedIn.

But that’s not why I do it. I do it because I like to make people think, laugh, be inspired…and maybe something I post will help them change a behavior, try something new, or who knows what else.

Again, don’t miss this important point: I didn’t post these things for ME. I posted them to HELP people. Think about that the next time you’re sharing a status update or blog post on LinkedIn. Helping people comes in many forms.

I’ve included screenshots of the posts below. You can click on any of the images to get to the actual post in LinkedIn. I’d love to know what you think. Leave a comment or email me at mic@bluegurus.com.

(P.S. – If you want to try something new, do a short LinkedIn video and see how your audience responds. The first video I did is over 800 views now.) 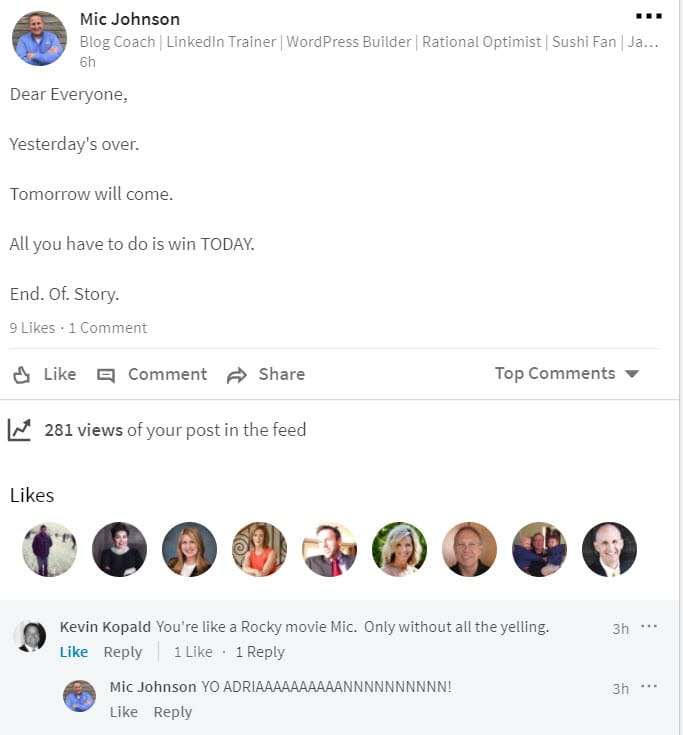 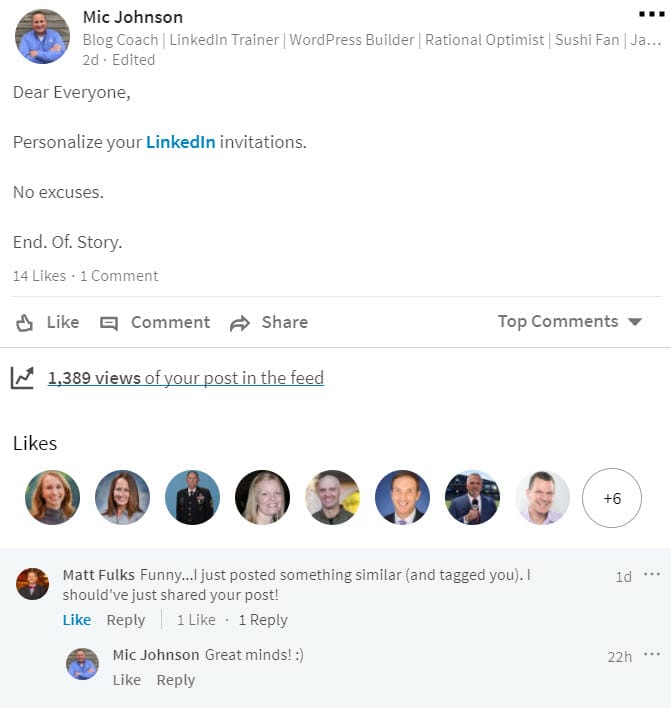 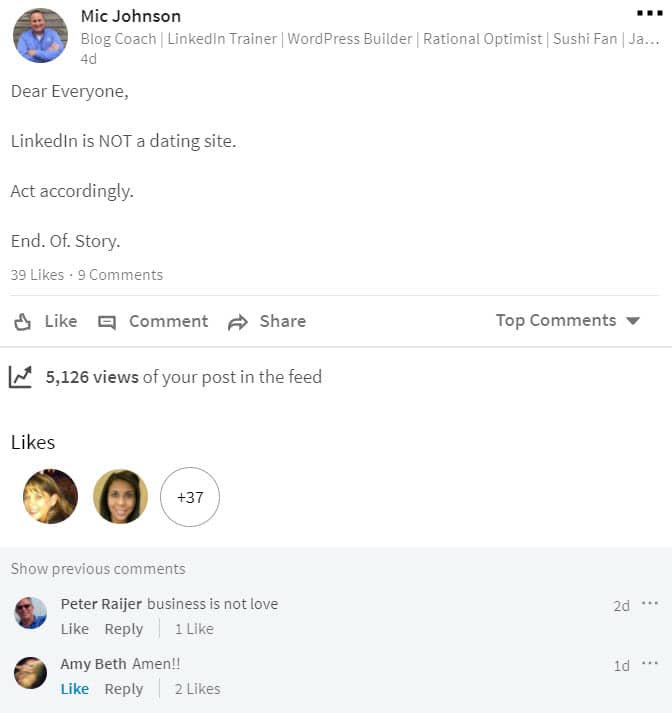