Want to know how to tell what’s changed between two versions of the same document?

By Jason Terry, talking about comparing two versions of the same document using Microsoft Word to figure out the differences. 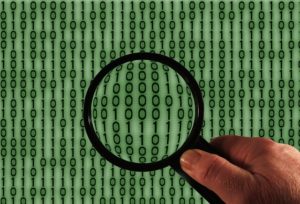 One of the things people give me a lot of positive feedback about is when I share technical tips. Not everyone gives a crap about technical tips, so I try not to overdo it. But this week I thought I would share something that made Jim Stuelke, a good friend and client of mine, really happy recently.

Jim gets multiple versions of the same document emailed to him. Usually the documents are Microsoft Word documents, but this tip works for just about any kind of text document. The problem is that the author of the document doesn’t always have Track Changes turned on, so it’s really hard for Jim to tell what’s changed.

I find myself in the same situation occasionally when a client sends me a revised version of a blog post they’ve written. If they haven’t turned on Track Changes, it can be really time consuming (and a bit painful) to figure out what has changed.

Microsoft Word has a nifty feature called Compare. In more recent versions of Microsoft Word, you get to this feature by clicking on the Review tab in the menu ribbon at the top. In the drop down, you can either Compare or Combine. Choose Compare.

A dialog box pops up that lets you specify the two files you want to compare. Take a look at the screenshot to see what I’m talking about. On the left, click the drop down and choose Browse to find the first document you are comparing. (You can also click on the folder icon to browse for your first document.) This should be the oldest version of the two documents. On the right, specify the most recent version of the document. Once you have selected the two documents to compare, click OK and let the magic happen.

What happens next might look a little intimidating, but don’t let it scare you. There are different windows showing different versions of the document and the differences that were found. I like to use the Revisions bar that comes up to navigate through the various differences between the two documents. Just play around with it a bit, you will get the hang of it. And trust me, if you are like Jim and have multiple versions of the same document without the ability to Track Changes, this will be a great way to save you a bunch of time.

If you don’t have Microsoft Word, there are lots of other ways to compare docs… here is an online tool called DiffChecker that lets you paste text into two different areas and compare the differences: https://www.diffchecker.com/

That’s it for this blog post… I hope some of you find it helpful! Before I go, I wanted to wrap up with something just for fun…

Just for Fun: What song would you want playing when you walked on stage? 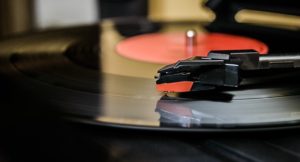 Jason Moxness asked our peer advisory group that question a few weeks ago and it has stuck with me. My immediate response was Stayin’ Alive by the Bee Gees. But when I took a harder look at the lyrics, I figured that might not be appropriate. And I thought a terrible answer would be It’s the End of the World as we Know It by REM.

Some other good songs would be 500 Miles by the Proclaimers, Tubthumping by Chumbawamba, and The Greatest American Hero theme song if you want to prove to everyone you are at least 45 years old.

What song would you have playing when you’re walking on stage? Let me know in the comments, or tell me next time we run into each other!

We have worked with Blue Gurus since 2010, and in that time they've become trusted colleagues and friends.

"One thing becomes very clear soon after you meet Jason. He genuinely cares about you and helping your business. We have worked with Blue Gurus for more than six years and in that time they have become trusted colleagues and friends. Including our new LaunchKC website, they have guided us through four new Wordpress websites for our various initiatives at the Downtown Council.

In addition, they have taught us the importance of having a strong presence on social media and have helped us grow our audience on Twitter, Facebook and LinkedIn. Blue Gurus always makes this process very fun and affordable. I have not worked with a better team in my ten years at the Downtown, I am honored to call them business partners and friends."