Want to know how to ignore RoboCalls permanently?

If February I wrote an article about the annoying increase in RoboCalls that we all have to deal with. I talked about how the various cell carriers are trying to solve the problem with services (some free, some paid). It’s been nine months, and the problem has gotten worse, not better, for many people.

We’re all used to ignoring calls we don’t recognize… but it distracts you when your phone rings and you check the caller ID. Especially during a meeting or at dinner (which you shouldn’t be doing anyway.)

There is a better way!

With the release of iOS 13, there’s a new feature called Silence Unknown Callers. And it is AWESOME! (Android users… read on…)

Once you update to iOS 13 on your iPhone, you can change a setting to automatically send incoming calls to voicemail… if the caller ID isn’t a phone number associated with one of your contacts. And if they’re blocking their caller ID, they get sent to voicemail also.

PRO: If your phone rings… it’s someone you know. You will never be distracted by a call from Las Vegas, New York, Colorado or Sweden ever again.

CON: It puts the burden on you to keep your contact list up to date so that the majority of calls you want to get will ring through.

Set this up on your iPhone

All you have to do is go to Settings | Phone and then scroll down to the Call Silencing and Blocked Calls section. There is a new toggle labeled Silence Unknown Callers. Turn it ON.

The little note below this settings says that calls from unknown numbers will be silenced, sent to voicemail and displayed on the Recents list. Incoming calls will continue to ring from people in your contacts, recent outgoing calls and Siri Suggestions. Nice.

Set this up on your Android

If you have an Android phone, you have a simliar option… even though it’s a bit harder to get to. Check out this article on WikiHow from March called, “Blocking All Unknown Numbers on Samsung Galaxy.” (Be sure to skip Method 1 and go straight to Method 2.)

Give it a Try!

When I first thought about turning this feature on, I was worried I might miss important calls. It wasn’t a problem. People will leave a message and assume your phone was turned off. (Be sure to add them to your contact list when you notice they went straight to voicemail.)

I had no idea how great it would feel to never worry about RoboCalls again. Give it a try for a few days. You can always change the setting back if you need to… but I doubt you will. YAY!!!!

What an innovative and energizing approach to building a website.

I have partnered with Blue Gurus on multiple sites and referred many of my own clients to them. They make the whole process simpler, easier, faster and more fun than you would ever imagine. If you need a new website for your business, consider Blue Gurus! Also talk with them about LinkedIn training for your execs and/or sales staff. If anyone can convince people of the value of LinkedIn, these guys can! 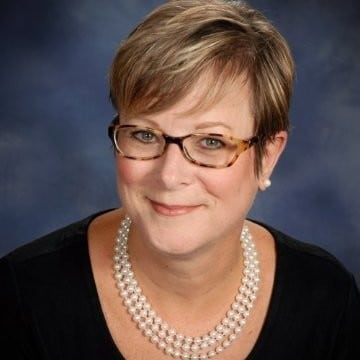