It’s a fine line between showing you care and breaking your arm patting yourself on the back.

I was working with Greg and Jim at Straub Construction earlier this week on their June blog stories and some website updates when a simple truth hit me square in the face.

Before I share that idea, I need to give you some background. 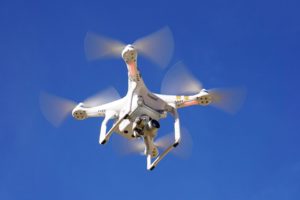 Straub is going to write a blog post celebrating 10 years in the headquarters building they built in Shawnee. I thought it would be really cool if they got some aerial drone footage of their building. Straub owns and operates a drone for their construction projects, but due to some recent firmware updates not working out as planned, it’s currently grounded. I offered to help them troubleshoot it because I own the same drone and also had some problems doing the updates (they were a pain but I figured it out.)

I also offered to bring my drone along, so regardless of whether or not we get theirs in the air, we can still capture the aerial footage using mine as a backup. I’m not going to charge anything because Straub is a monthly retainer client and they are good friends. It’s an investment in our relationship. But Ernie and Parker weren’t in the room at the time. And I realized that if I didn’t tell them the plan, they might never know how I was going to help out.

That’s when the simple truth hit me…

It’s important to tell your clients when you do something special for them.

I did some research on this with about a dozen different business owners. The majority agreed that they did things for clients that went unnoticed. And the sad thing is that it was usually because they forgot to make the client aware it even happened.

When your client is in the loop on what you’ve done, it reinforces the idea that you really care about them. That they aren’t just a number or a source of revenue for you. That you are doing things above and beyond the scope of your agreement because you appreciate their friendship and their continued business.

If you put in extra time for them but they don’t know about it, how can they appreciate the effort? If you take cookies to their office as a treat and the owner is out, take a selfie with the cookies and their smiling staff and send it to the owner. Again, it’s not about you asking for thanks, it’s about making sure they know how much you care.

I had a conversation with Ernie and Parker about helping with the drone video. I mentioned the idea that, “you gotta tell them when you’re doing stuff for them!” They both agreed. They do things on their job sites all the time that are above and beyond the scope of the project. And they try to make sure the developer knows about it. As always, Ernie said something that I just had to quote…

It's a fine line between showing you care and breaking your arm patting yourself on the back. Click To Tweet 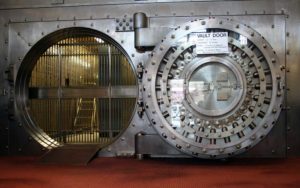 I recognize it can be a fine line. But if you do it right, they will see how much you value the relationship.

Next time you do something special for a client, tell them why you did it and how much you appreciate their business. It’s another important deposit in the relationship bank. 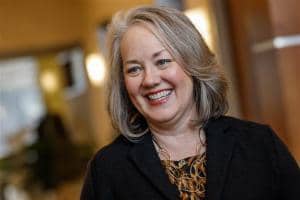