Are You Ready for the Next Kansas City?

Quick Update: The toilet paper drive for Hope House is going well. If you were thinking about getting involved, there is still time!

On September 24th, I went to the Plaza Library to hear Kevin Klinkenberg talk about his vision for Kansas City. I heard about this event from my friend Dave Scott with Avid Communications. He joined me for the presentation. It was fitting and appropriate that he got there on his e-bike instead of in a car.

Kevin’s talk was about why and how cities are changing, who the winners and losers have been, and how municipalities can make the most of this evolution. He focused on Kansas City while comparing us to many other cities in the United States and abroad.

Kevin is the founder and operator of K2 Urban Design, returning to Kansas City after four years as executive director of the Savannah, Georgia, Development and Renewal Authority. He has been involved in urban planning for two decades.

Kevin is all about sociable spaces. Places where people are happy to see and be seen. The street corner life of the city. He started out with an analogy about mass producing frozen dinners.

Do you remember when frozen dinners were popular? There were a few choices like chicken, burritos and meatloaf. As a society we were thinking like The Jetsons where we push a button and a warm plate of food pops out.

We mass produced tray after tray of this stuff. Every plate looked the same. And there wasn’t much variety… or taste.

Today, we move towards fresh food prepared while we wait. We gravitate towards local, farm to table and ethically sourced foods. And if you have to eat fast food, you might choose Chipotle over McDonalds.

Kevin talked about the Netflix series of street food vendors and how they are changing the cities where they work. (I love that series… if you have Netflix, you can find it here.) The street food vendors in this series become local celebrities and their stands are social destinations.

His overall point with a comparison to frozen dinners is that cities are changing in a similar way. Instead of vast tracts of look-alike homes in a perfect grid of streets, people are choosing homes with character. And people want to be close to shopping and food woven together as social spaces.

He made comparisons to famous places in Europe that are walking and biking areas packed with stores, cafes, restaurants and musicians. People are starting to understand that life is so much more than working every second of the day, slamming down some fast food while taking the kids to practice, going to bed and doing it all over again the next day.

The challenge to urban planning is that Kansas City has more freeways per capita than anywhere else in the world. We have highways built on highways and it’s harder to do effective planning with these obstacles. But not impossible.

He also talked about socioeconomic issues in downtown Kansas City. We have many areas making up a large portion of downtown that are economically depressed. His message is that we need to come together to build these new spaces to uplift all people. (I really appreciated this message and agree. I will do my part to support these goals.)

The Bicycle is a Fountain of Youth

One of Kevin’s ideas is to convert urban areas covered in parking lots to social spaces. He showed a couple of areas around Kansas City where this would be possible, and the renderings were inspiring. They were places I would want to be.

Another big idea was to establish a low speed priority zone. Cars are welcome, but they have to go at slow speeds in a defined area in the urban core of Kansas City. This creates an environment that is safe and inviting for bicycles and walkers. Healthier, more enjoyable living.

A 26 square mile low speed zone in the urban core could help Kansas City look more like Paris or Rome over the next few decades. But there’s fear and opposition to these kinds of big changes. We’re going to have to get behind these ideas if we want to make Kansas City a place known for sociable spaces where people come together to live, learn, eat and play.

I really enjoyed Kevin’s presentation and his ideas. I need to look into getting an e-bike. Kudos to Dave for being on the bleeding edge of this movement… he commutes to work every day on his e-bike. He and Kevin have established e-bikekc.com as a resource for others to consider this form of commute. 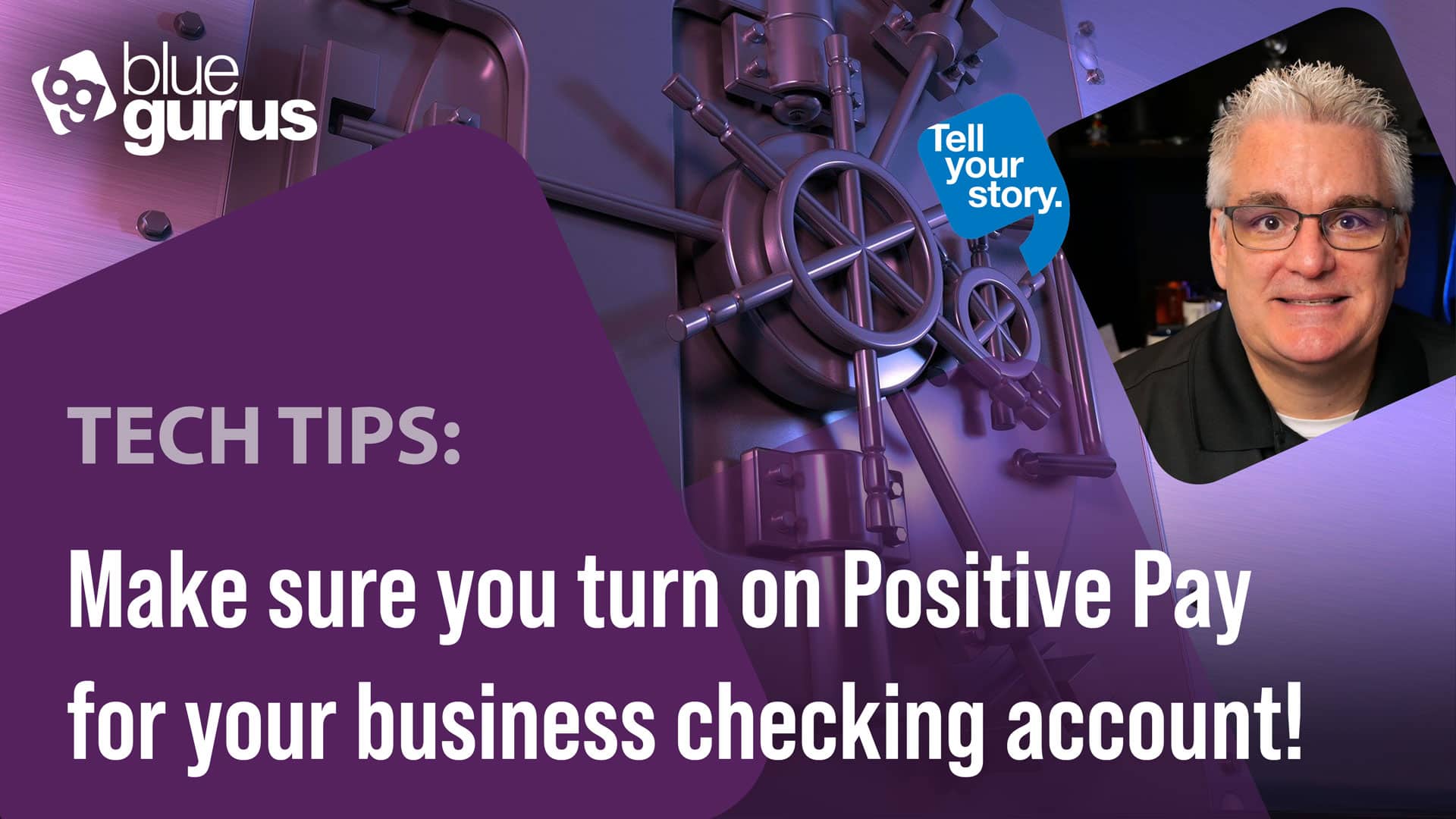 Make sure you turn on Positive Pay for your business checking account!

I've worked with Blue Gurus since 2013 on different projects - from LinkedIn training to web designs.

Each experience has been excellent and they make sure I am completely satisfied with the outcome of the project. They have been a great partner in growing my businesses!

Make sure you turn on Positive Pay for your business checking account! 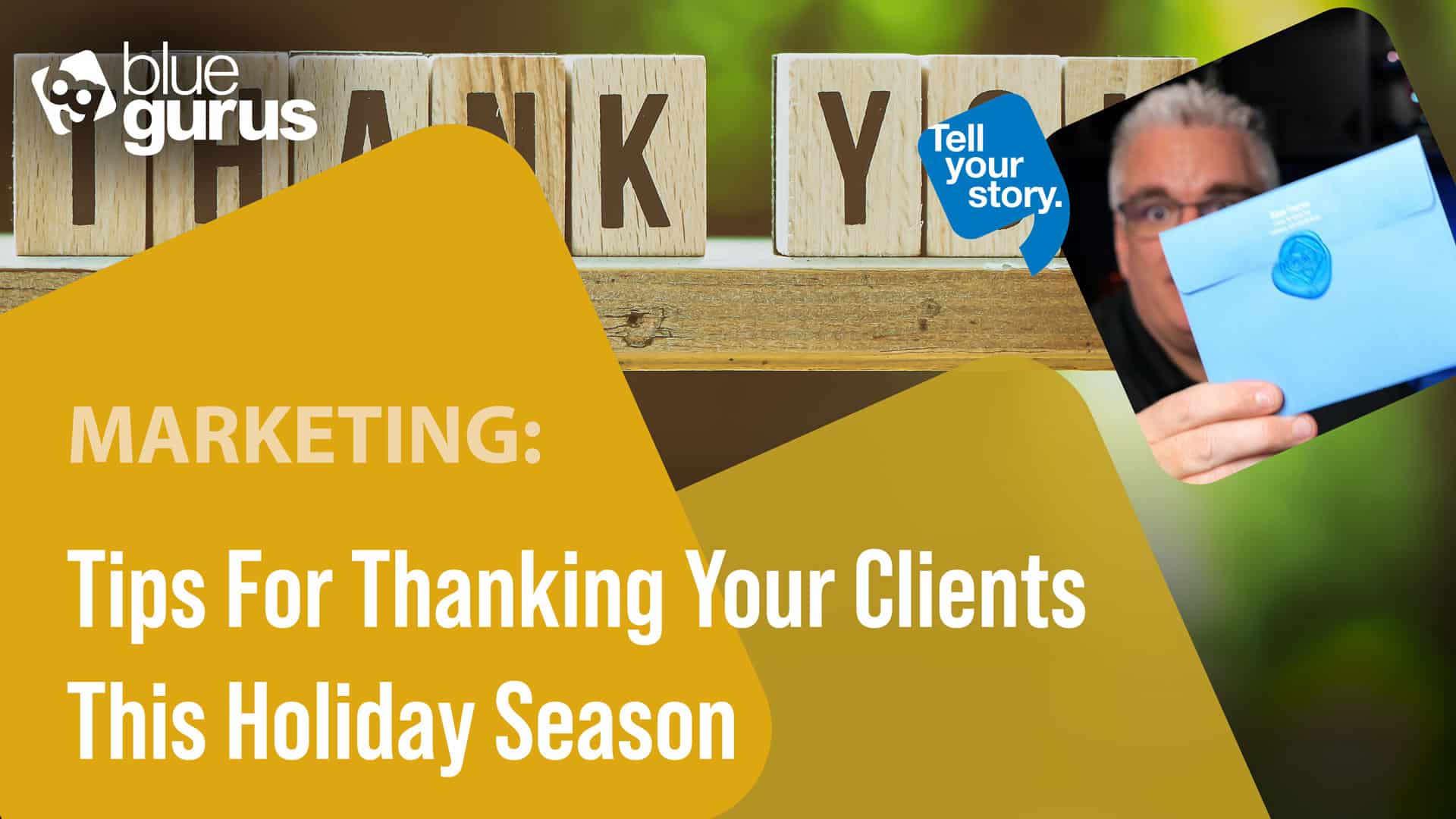 Tips For Thanking Your Clients This Holiday Season 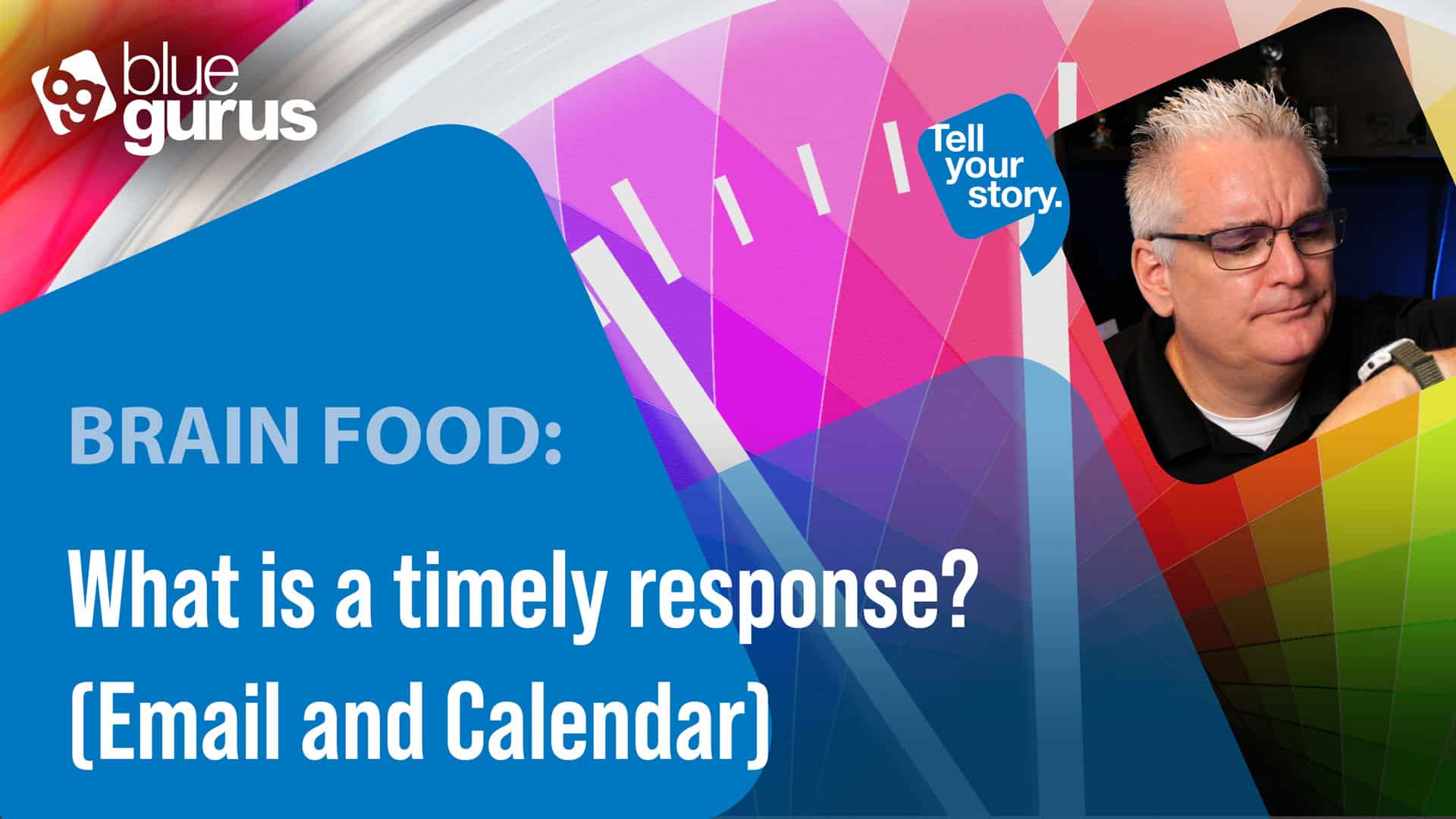 What is a timely response? (Email and Calendar)