By Jason Terry, talking about servant leadership being a powerful tool for molding your culture and keeping good people around.

This week, I wanted to write about an experience I had last week while doing an executive LinkedIn training session with a local bank.

I met the marketing manager for this particular bank at an Enterprise University class I led a few years ago (we’re still part of their course schedule). At the time, he was working for another company. He asked some great questions and was really engaged. We ended up connecting on LinkedIn but didn’t really talk for a few years. He’s in Wichita now, and it wasn’t easy to grab coffee together to catch up. But we were on each other’s radars due to LinkedIn network activity and status updates.

I got a call from him a couple of months ago to talk about doing LinkedIn training for their bank. This opportunity never would have happened if he and I hadn’t connected on LinkedIn to stay in touch. And I’m not sure he would have remembered me after the years passed, but I was doing weekly status updates on LinkedIn. It’s a good example of the value of social, even though it can be hard to “measure” sometimes.

So what happened that was the inspiration for this week’s blog post?

I was an hour into the training session for the bank. We’d covered a lot of ground already, and I was talking quite a bit. (I know, I know… you’re shocked, right?) I didn’t even realize that my water glass was empty until one of the executives stood up, grabbed my glass and filled it up for me. 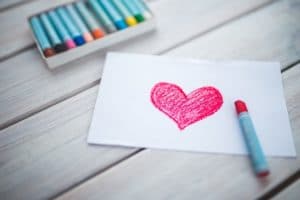 It caught me off guard. This executive is an important and respected leader at the bank and he was getting me water in the middle of training. It was a simple thing, but struck me as servant leadership in motion. I actually had to say something about it. When I said to everyone, “Wow. That’s servant leadership in motion.” He immediately said, “that’s not me.” Which solidified my opinion… he was humble about it.

Hey, it might not sound like a big deal. But in that moment, a simple act of kindness struck a chord. And it got me thinking about servant leadership.

I started thinking about my personal experiences with servant leaders. People I’ve seen in the community that lead by serving their teams, their clients and their community. About a dozen names came to mind immediately. They’re the kind of people I would love to work for.

The people I think of are also key leaders of successful businesses. Their employees trust and follow them because they know they’re supported from the top. You can see it in their eyes… trust, respect and even love. They say things like, “she is an amazing person.” Or, “he’s one of the kindest people I know.” 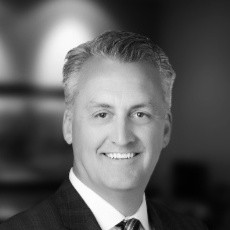 I’m writing this story while sitting in a chair in a spare office at Core Bank. (I will be going into the blog team meeting in a couple of hours.) Jason Moxness leads the team for Core Bank in Kansas City. For anyone that knows Jason, he is an incredible example of a servant leader. His team loves him and they are doing great things together. And I know he will be embarrassed to read this, but he’s a good enough friend that I feel comfortable mentioning him. :)

Another great example… what is it with servant leaders in banking by the way? :)

Mic and I were in Montana doing LinkedIn training and blogging work with Stockman Bank. Our good friend Julia Warmer wanted to create a distributed team of bloggers and social media leaders representing Stockman branches from across the state. She put together a multi-day series of meetings and training that we helped facilitate.

There was a really nice dinner reception one night for the Stockman team. Once everyone had been seated and started eating, Bill Coffee, the CEO for Stockman Bank, went to every table and served wine. It was another “surprise” moment for me. I guess in that moment I assumed that the CEO of the bank is important enough to have people serving HIM wine, not the other way around.

There were employees from four different Stockman branches at my table. When I said that Bill was being a servant leader by serving the wine, they all went on to tell stories about how much they loved Bill. These were employees from all over the state that have a deep respect for their leader. Awesome. 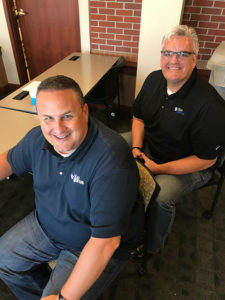 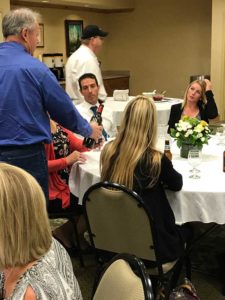 My hope for all of us is that we can serve our teams through loyalty, respect and by genuinely caring for their well being. The things we do that demonstrate servant leadership are an important part of making our teams feel safe. If you’ve got 12 minutes, be sure to check out this video on YouTube from Simon Sinek: Why Good Leaders Make You Feel Safe.

The Blue Gurus are hands down the easiest and most fun way to set up and manage a website.

They took us step-by-step through the process of overhauling our organization's website and have been helping us keep it fresh and up to date for over 5 years. They make hard things seem easy; they are friendly, funny, and a true joy to work with.