#BeRoyalKC: Oh Yes…It’s A Great Time To Be In Kansas City!

Can you feel it? Can you feel the energy and buzz throughout the entire city? Unless you don’t have a pulse, of course you can!

I’ve been in Kansas City since 1994 and have never seen, or felt, anything like it. Yes, it’s a great time to be in Kansas City. And all of the things we locals have known for years are now on display for the entire world to see.

With that in mind, I wanted to share some of my thoughts on just how PUMPED I am about all of the cool things going on throughout the city, starting with the… 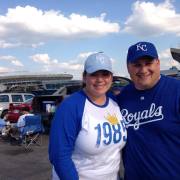 There’s absolutely no debating this one. The Kansas City Royals, in the playoffs for the first time in 29 years, is the best story in town. Scratch that, it’s the best sports-related story in the COUNTRY right now!

Outside of the three other fan bases left in the Major League playoffs, everyone is loving on our Kansas City Royals. My wife Missy and I were fortunate enough to go to the Wild Card game and Game 3 of the ALDS. 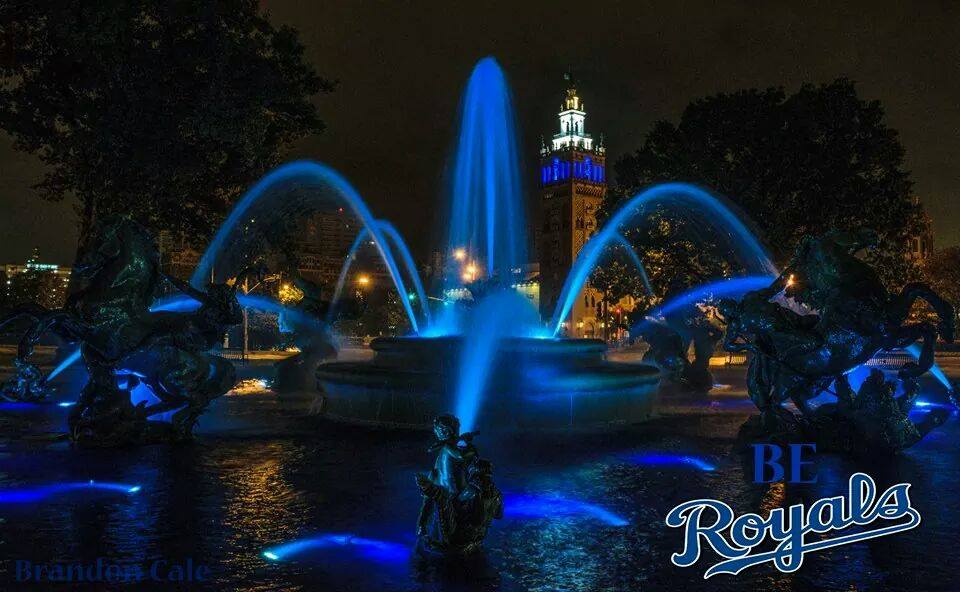 Those were two of the most amazing experiences of our lives. I can’t even describe the energy and pride that flowed throughout Kauffman Stadium. It was a magical experience.

Yes, buildings are going blue and the fountains are too (my friend Brandon Cale, owner of The Popperazzi, took this picture of the J.C. Nichols Memorial Fountain). And of course Royals merchandise is flying off the shelves.

There’s no doubt about it. The Royals have brought an energy and excitement to Kansas City that I’ve never seen before.

Kansas City loves it’s football and there are few things more enjoyable than a Kansas City Chiefs game at Arrowhead Stadium. The tailgating, the smells, the sounds, the roar of the loudest fans in the NFL….you can’t beat it.

They got off to a rough start in their home opener, but then dominated the New England Patriots on Monday Night Football…just one night after the Royals beat the Oakland A’s in the Wild Card Game.

Make no mistake: Those were two of the best back-to-back nights in Kansas City sports history.

I openly admit to not being the biggest soccer fan in the world, but I’ve gone to a few SportingKC games and they’ve been a blast every single time. If you haven’t been to a game, head out to their incredible stadium during the playoffs. You won’t regret it.

Travel & Leisure had their 8th annual survey this year and picked Kansas City as the #3 Favorite City for 2014.

There are so many great BBQ places in Kansas City and the list just keeps on growing. Here are just a few, but the reality is you can rarely go wrong if you go into any BBQ joint in the city.

The PITCH recently came out with their “Best of Kansas City 2014” awards.

Looking for the best doughnuts in Kansas City? What about the best hidden gem? Best florist? Best restaurant? Best bar?

They’ve got it all covered.

It seems like everytime I talk to someone who is visiting Kansas City for the first time, they always say “The people are so nice.” And my response is always “That’s the way it’s supposed to be!”

Also, don’t forget about the National World War I Museum at Liberty Memorial, the Boulevard Brewing Company, the Historic City Market, the Power and Light District, and the Kauffman Center for the Performing Arts.

Yes, it’s a great time to be in Kansas City. I’m so very proud to call this place home. #BeRoyalKC

What other great things are going on in Kansas City that you want people to know about? Leave a comment below to share with the rest of our readers!