I’ve heard from more than one person that has called to learn about Blue Gurus and what we do that their CEO/Owner/Manager/Fill In The Blank Leadership Person has told them “We need to be all over social media!”

It always makes me chuckle a bit because I wonder what prompted him or her to make that statement and I’ve been around long enough to know how many knee jerk decisions don’t ever get implemented.

So if you get that question, you can be politically correct and say “Great, boss! That’s exciting! Let’s do it!” . But once you are done with that, you really should start asking some questions that don’t always have easy answers, such as:

1. WHY? (the most important and underutilized question in business today)

2. What do you mean when you say we need to be “all over social media”?

4. What do you think being “all over social media” will do for the company? 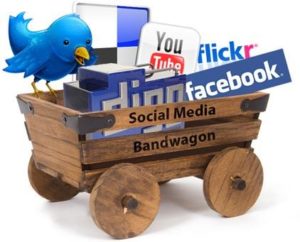 5. Are you ready for, and committed to, the entire company undergoing a massive culture change? (Social media absolutely, positively is tied to changing the culture internally and externally. And in most organizations, a real “culture check review” hasn’t happened in a long time…or ever.)

6. Who do you think in the company needs to be involved in this social media effort? Why? (there’s that question again)

7. What do you think social media is all about?

8. Are you committed to executing the social media plan that we come up with, even if that could mean redistributing workload, adding staff, changing processes, and more?

9. Do you understand that you don’t just start “doing social media” and sales come flying in the door?

10. Do you think you will start writing blog articles and that your audience (who you likely haven’t been communicating to consistently for years) is going to read everything you post and then pick up the phone and want to buy?

11. How long are you committed to doing this?

12. Do you realize that the concept of ROI with social media is still being debated? (clearly not as many businesses would be engaged in social media if there wasn’t ROI, but getting your arms around the fact that much of the ROI isn’t measurable is the hard part for most C-level types).

Once you get the answer to those questions, then you’ll really know if your CEO/Owner/Manager/Fill In The Blank Leadership Position is really ready to “be all over social media” or if this will go in the pile of “great ideas that we were never fully committed to”.